Sujangarh’s location in Sekhawati area of Churu district in Rajasthan positions it at almost equal distance from Jaipur and Bikaner off National Highway 65 with a few good tourist spots minus the hustle of the tourists. Established by Maharaja Surat Singh of Bikaner, Sujangarh was named after Maharaja Sujjan Singh of Bikaner. Notable for the famous fort of Sandwa dating back to the 18th century, along with the village of Gopalpura (known as Dronpur), Havelis and temples of Salasar Balaji and Venkateshwara Tirupati, a trip to Sujangarh in Churu district and Lok Sabha Constituency of Rajasthan is highly recommended.

The interesting fact of visiting Sujangarh is the opportunity to visit two other neighboring places of Ladnun and Jaswantgarh and the trio are known together as ‘Sujala’. Ladnun city in Nagpur district of Rajasthan is famous for its Jain temples, Vishwa Bharati University, Dargah of Omarshah Peer and for several other temples with splendid architecture and marble artwork. Also famous for being the place of birth for Jain Muni Acharya Tulsi and situated very close to Sujangarh at a distance of 6 miles away. Trips to local temples like Salasar Balaji Temple, Dungar Balaji Temple and Tirupati Balaji Temple can also be availed from Ladnun, all lying within 15-20 kilometre radius. 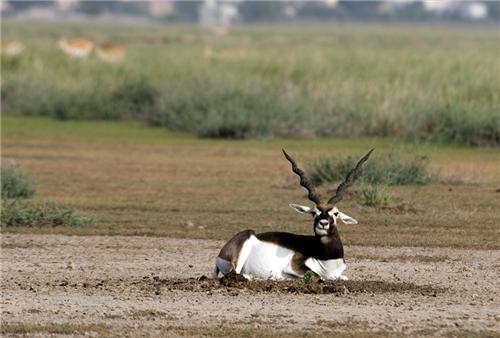 The Sanctuary is a fascinating place akin to the tropical Savannah rich in forest cover of prosopis and acacia trees with open tracts of land. The place is shallow with rain water accumulating in small ponds referred to as Tal. With small hills and mounds lying in between and scattered slate and quartzite rock formations the Sanctuary is a visual treat for admirers of nature. The sanctuary can be accessed from Chapar railway station or Sanganer airport in Jaipur located barely 215 kilometers away or can be accessed from Sujangarh via private cabs and rented cars.

Best Places to visit in Sujangarh 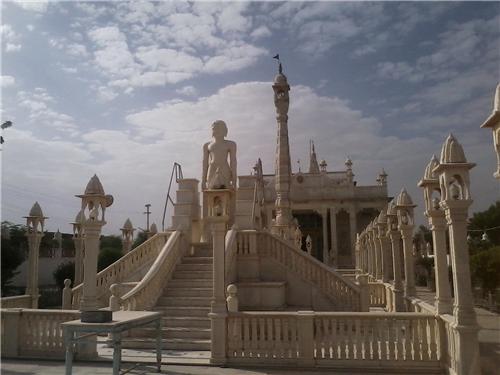 Where to stay in Sujangarh

Sujangarh offers few accommodations and the hotels to look for in the city are Hotel Rishi, Hotel Rich Garden, Hotels Rishi International and Hotel Arora International. These are budget hotels yet offer latest amenities for its guests who visit for business or pleasure.

Sujangarh is famous for silver and gold jewellery manufacturing; hence those are the things to look out for apart from exquisite handicrafts sold in stores, Deepak Handicraft Udyog in Sadarshahar and Tarun Vishwakarma Handicraft in Sujangarh to name a few.

How to Reach Sujangarh

Sujangarh can be reached via Sujangarh Railway Station on the Delhi –Jodhpur (via Ratangarh) Broad Gauge Line and also from Sanganer Airport in Jaipur located at a distance of 200 kilometers.

It is advisable to visit Sujangarh during winter months as summer can be extremely hot and arid due to the desert climate prevailing.

For more information on Sujangarh, log on to: www.rajasthantourism.gov.in