History and Culture of Sujangarh

Sujangarh has a great history created by Rajputs, who ruled the city in 15th century. The ancient culture, civilization and art is still seen in most of the parts of this beautiful city. The citizens of Sujangarh have a legacy of passing their methods, traditions and cultural values to generations and that is the reason why people are so fantasized to visit and check out this place and taste the food. 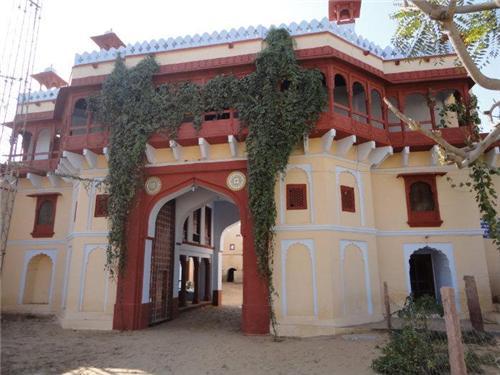 In 17th century this city was founded by Maharaja Surat Singh and is named after the twelfth chief, Sujan Singh and the name of the city is not modified ever after. However, in the earlier days before Sings, the name of Sujangarh was Harbuji fort which was named after the rajput legend Harbuji’s residence (the Harbuji fort). The Singhs ruled Sujangarh from 1788 to 1828 and after that the kings system vanished eventually, as government took over.

Architecture and Archaeology of Sujangarh

Word is that Rajput rulers had an elegant taste and keen sense of beauty for architecture and art. They have constructed temples, forts, palaces which are evidently seen in Sujangarh. Trading was one of the rich professions back in those days, which is proven by the land and hawalies (Bungalows) owned by traders in Sujangarh. Most of them are constructed in a very strong manner that they are appropriate to live in till date.

The regional language of Sujangarh is Rajasthani, however they are also fluent in speaking Hindi, which is the main language of India. Colorful clothing and vibrant, stone studded accessories are the identity of Sujangarh's regional folks. The bright colored clothing in fabrics of pure cotton, tussar silk and thick boarders. The dressing of men and women, both usually are noticed in red, mustard and green, with dotted prints or heavy hand embroidery and mirror works. Men wear turban which is a giant piece of cotton cloth approximately of two to five meters long. Where as women are found with hands filled with ivory bangles and huge ear rings.

The Camel Fare of Sujangarh

Camel is their regular ride and there is also camel festival which happens for five days in series, in between October and November. It is a trade fare where exhibitions are held, where all the tourists come across the handmade accessories of Sujangarh in Rajasthan. Also, bird fights and betting happens in which many of these Sujangarh folks take part with great excitement.

The Music Festival of Sujangarh

Folk music and folk dance are the other special cultural aspects of this city. Musicians sing folk songs about their ancestors and the background score is produced with the traditional instruments such as sarangi. The fare also involves activities like the puppet shows which goes night long.

Sujangarh regional folks prefer heavy meal cooked in spices like coriander, red chill and variety of home made chutnies. They also insist on sweet dish in every meal they consume, out of which Malpua is one of their favorites. It is a flour based sweet dish drooling with sugar syrup and lots of ghee, garnished with dry fruits. The cultural cooking is done on natural stoves arranged with coal and sticks. They use thick brass and other alloy made utensils and also mud made bowels especially to serve non-vegetarian dishes. People here love to consume chicken and meat with lots of red gravy, of which the color is attained with the inclusion of spices and chilly powder. They also consume plenty of buttermilk which is really soothing and is meant to keep system cool.