Sujangarh is one of the well known cities in Rajasthan and it is located 27.7 degrees north and 74.47 degrees east. Weather conditions of Sujangarh vary according to the seasonal modifications; however as being part of Rajasthan. The climate of this city is desert-like throughout the year. The population of Sujangarh is approximately 101,528. Most of the population migrated to Jaipur and Jodhpur, which are the popular cities in Rajasthan. However their land and property remains in their custody. One of the most interesting factors of this place is that it beholds many bungalows (Khoti). 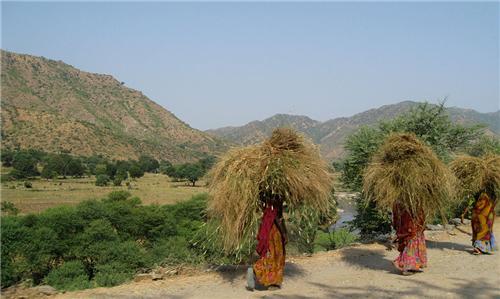 The winter climate in Sujangarh is relevantly better with an average temperature of 24 degree Celsius and the lowest is recorded as 14 degree Celsius in the month of January.

The vegetation is observed to be healthy in rainy season as Sujangarh remains dry during rest of the seasons. Though most of Sujangarh is desert, it is yet rich with flora and fauna. Annual crop majorly depends mainly on rain fall and also on temperature, humidity and other climatic conditions. Some of the naturally grown vegetation include bajra, guar and kharif pulses etc. The other crops that grow with irrigated water are wheat, mustard and rape seed. The Himalayan water is supplied to Sujangarh via Indira Gandhi canal which helps irrigation. This canal system promises the healthy yield of the crop.

Other physical conditions: Flaura and Fauna

The Tal Chhapar sanctuary is one of the best places to witness the high variety of flora and fauna. It is located on the highway, which is 85 kilometers away from Churu. It is also known as the Black Buck Park as it is filled with them. Apart from Black Bucks, the other fauna such as desert cat, desert fox crested lark, blue jay, skylark brown dove and Ring Dove are found in the sanctuary. One may also come across migrating birds seasonally, such as Demoiselle Cranes, Tawny Eagle, and sparrow, Little Green Bee-eaters, Short-toed Eagle, Black Ibis and Eastern Imperial Eagle. Most of the land here is covered with grass and fossil tree trunks here and there. In Sujangarh, the herbs, shrubs and small plants are found out numbered in relevance to thick trees.

Sujangarh is developing day by day with the implementations of architecture and urban designs, municipal reform, transport planning, urban and regional planning. The government is majorly concentrating on crop irrigation and water supply.